The competition was called ‘24’. It involved a deck of playing cards and the four operations to make 24!

All three of our children reached the semi-finals and the two girls reached the final, where one of them won! The competition was organised by Ms J Trahearn from the Education Action Zone. 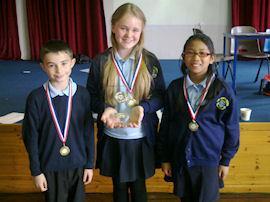 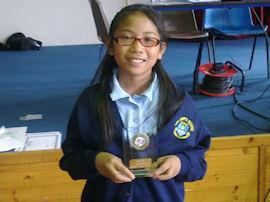