On Friday 22nd June 2012 six children from Years 1 to 6 represented our school at an Olympic art project.

The project was for all the schools in the EAZ to work together to produce a piece of artwork that would then be displayed in a local landmark, to commemorate the London 2012 games.

The afternoon started with an opening ceremony and as you can see our children looked fabulous in their costumes made by Mrs Lavery and Mr Howell. Mrs Allen made the Olympic Torches. Thank you! 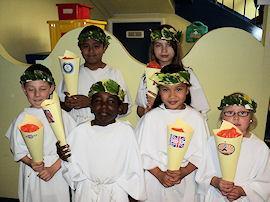 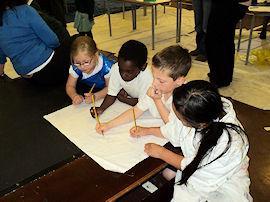 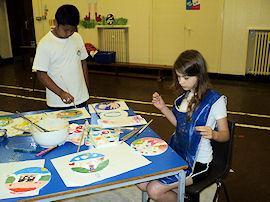 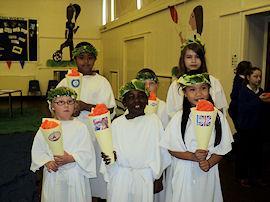