Even though we are a Healthy School we held two charity cake sales during lent. Key Stage 1 children held theirs on 7th March and Year 3/4 on 14th March.

These year groups were responsible for bringing in cakes which were then sold by teachng assistants, and sometimes teachers, during first breaks on the dates above. Mind you we had more than enough to spread over extra morning breaks! 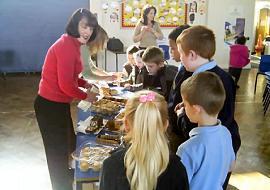 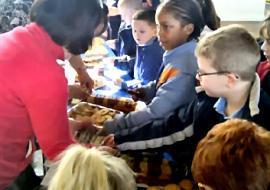