During the week each class studied a particular world religion. They took part in an Indian dance workshop and a story telling workshop. Each classroom door was decorated to show which world religion they were studying. 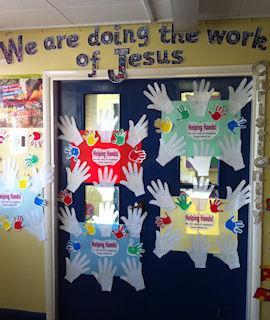 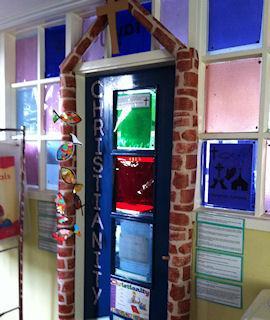 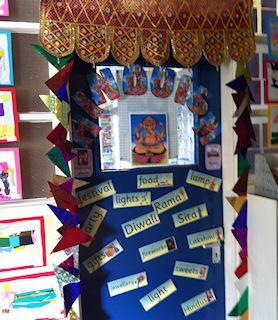 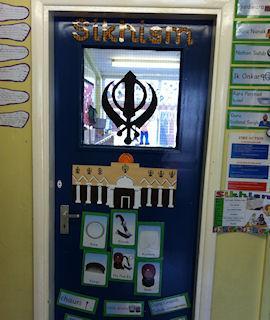 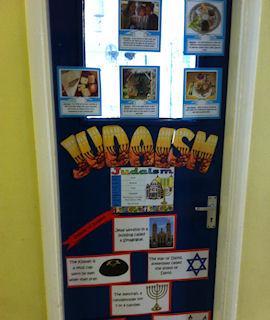 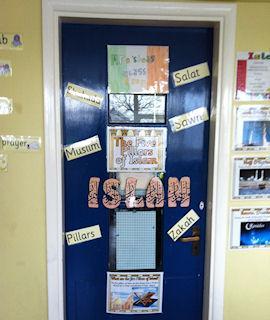 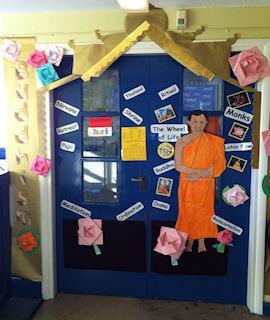