Three children from Year 6 took part in a Young Apprentice competition as part of our Education Action Zone (EAZ) project in conjunction with Hands on Maths.

The children had to design a Christmas product that they could sell at an event (all profits raised by each school were to go to the winning school’s chosen charity).

Our Year 6’s decided to make Reindeer Food. The food was a magical mix of oats, biscuits and glitter to sprinkle outside on Christmas Eve for Father Christmas’ reindeers.

It was a huge success and our school sold the most! The children decided to donate the profits from the event to Father Hudson’s Society.

On 15th December Tricia Richards from Father Hudson’s Society accepted a cheque on behalf of the charity. 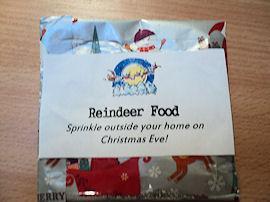 Donating our cheque to the Father Hudson's Society 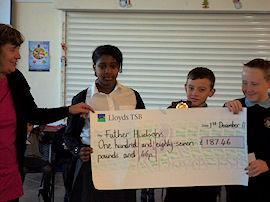