On the 10th October, Year 5 travelled to Soho House in Handsworth as part of our Victorians Topic work.

When we arrived, we were greeted by Karmi who works in Soho House and she told us the timetable for the day. The class was spilt into two groups for the day.

One group began by getting a tour of the house and finding out the history. The house was originally owned by Matthew Boulton who was a famous inventor and businessman in the 1800’s. Soho House is the only remaining part of the Soho Manufactory. The Manufactory used to mint coins that were used in Britain. It also produced silver products such as candle holders and cutlery that were very popular at the time.

We got to see Mr Boulton’s bedroom along with the other rooms of the house, including the dining room where the Lunar Society met. The Lunar Society were a group of scientists and engineers who used to meet whenever there was a full moon. This was so they could find there way home under bright light of the moon. They were given the nickname ‘Lunatics’.

After our tour, we had some lunch and got to look at the Matthew Boulton Exhibition that was on in the visitors centre. In there we got to see some of the things that Matthew Boulton made at the Manufactory including some of the coins and medals. We also got to see some of the instruments that he and his friend James Watt used. There was also a model of the old Manufactory and it was amazing that it used to be so big and all that is left is the House.

After lunch our group swapped with the first group and we got to experience a Victorian class room. Karmi was our teacher and she dressed as Victorian teacher. The boys had to wear hats and scarves and the girls had to wear white pinafores, just like Victorian times.

School back then was much different to what it is now. We had to chant our times tables, write on slate and even practise handwriting on a chalk board. Karmi acted like a Victorian teacher and was very strict. Some of us had the finger clamps put on us or the back straightener but thankfully none of us got the cane!

When we got back from the lesson we joined up with the other group and got to play with some traditional Victorian toys. It was really fun playing with them. 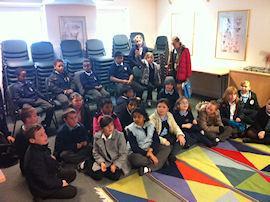 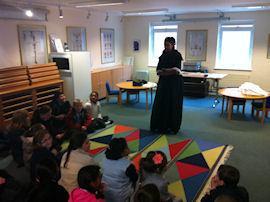 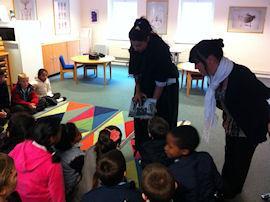 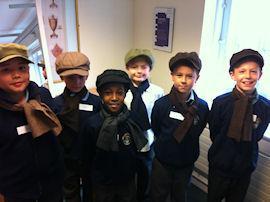 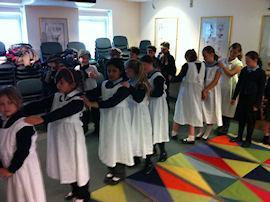 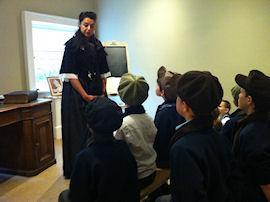 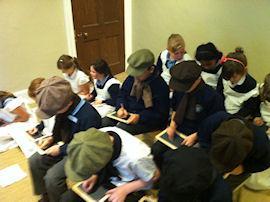 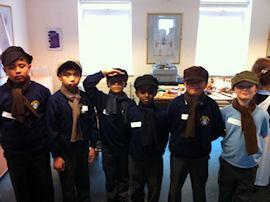 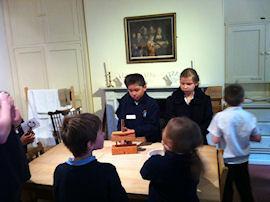 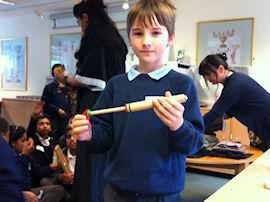 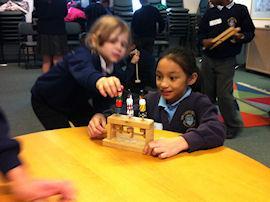 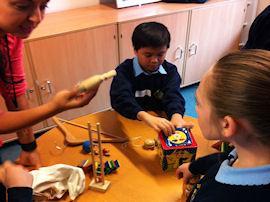