On 13th May 2009, Year 5 were invited to the Aston Villa Football Ground for Day 1 of their Villa Vitality Challenge which was a great opportunity for the children to learn about the importance of healthy eating and living.

The class began in the Learning Zone, filling in questionnaires on their eating habits. This was followed by a workshop on balanced diets and the importance of 5 a day and eating sensible portions. The children were also shown the hidden amounts of fat and sugar in a variety of popular foods and drinks.

After our healthy packed lunches and plenty of discussion, the class split up into groups. Each group prepared and presented a short radio show on healthy living which was recorded in the Villan Radio Studio.

Most of the afternoon was spent in Villa's Academy where the children were coached by some of Villa's trainers and then played football matches against one another.

It was a fantastic day out and our Class Governor, Doctor Weeks, thoroughly enjoyed it too. 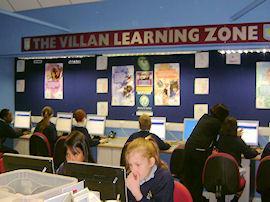 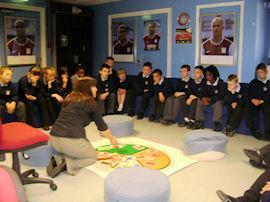 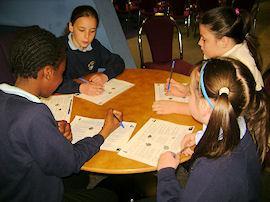 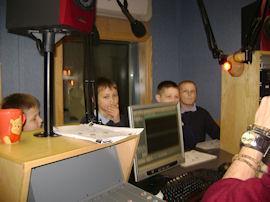 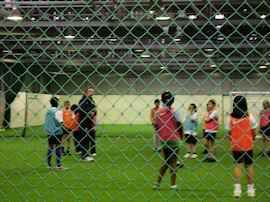 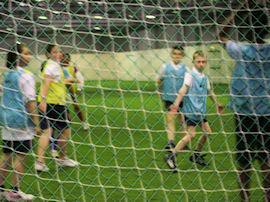