Science in a Suitcase

What a fantastic way to start 2008! Mr Selwyn Van Zeller was invited to the school to work with classes from both key stages. He began his workshop with Year 5 by demonstrating the science of bubbles. The children had never seen such gigantic bubbles and discovered so much. They were a really captivated audience.

The class were then allowed to circulate around the school hall where Selwyn had set up various experiments and activities. Having 'hands on' experiences helped the children to investigate different elements of science and improve their investigative skills. They were so enthusiastic and had lots of questions for Selwyn to answer. 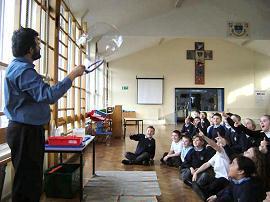 The boys were captivated by the moving scenes 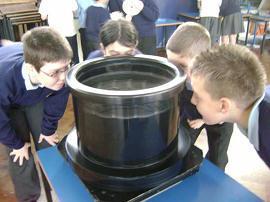 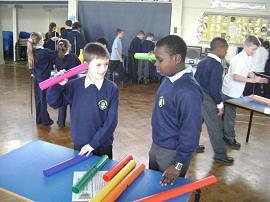 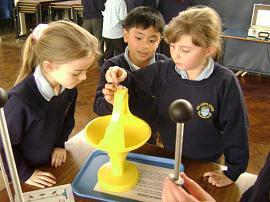 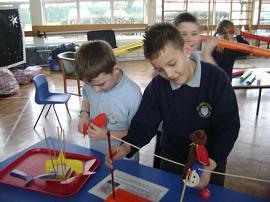 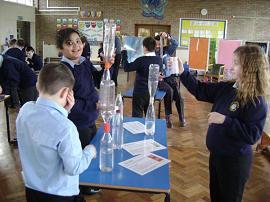